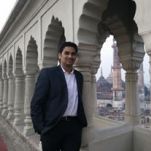 Telangana, India’s youngest state , went to the polls on 7th December 2018  and it is laudable to say,  that the Elections was a true  celebration of democracy. The state compromising of 2.8 crore voters exercised their franchise  with pride,  and this massive electoral success  can be attributed to the herculean efforts of the  Election Commission, Telangana, under the able guidance of the Chief Electoral Officer. The electoral process began in August 2018 itself, with Voter Awareness and education as its primary goal. SVEEP activities commenced in the districts as well as the urban areas and SVEEP teams were mobilized across the state, to motivate and educate every segment of the population regarding their right to vote.

This year’s  motto of the Election Commission of India, was that of ‘Inclusion’ of all sectors of the population, with the theme “ No Voter to be left Behind”. The Election Commission in Telangana, headed by the Chief Electoral Officer, swung the election machinery into action, to ensure peaceful and incident-free elections  and there were no re-polls. This is a landmark achievement for the youngest state in India, which displayed the highest discipline in this democratic exercise.

First time Voters, youngsters, the transgenders, person with disabilities and senior citizens , all came out to vote and  confidently exercised their franchise. As a result of this, the state saw a voter turnout of           73.4 %, the highest ever in the region. PWDs  were given every facility and assistance to make the voting experience easy and accessible.  More than 3 lakh personnel were engaged and deployed  in the electoral process including Police Officers, NSS Workers, Anganwadi workers to make the conduct of Elections seamless and efficient.

No efforts were spared  in enabling the voters to exercise their right. Urban voters and professionals too woke up to the call of the Election Commission and came out to vote. Overall, the SVEEP Activities conducted in 2018, bore rich fruit and Assembly Elections 2018 in Telangana, demonstrated the power of the people in electing the Government of their choice. The Election Commission as the linchpin of democracy played its role to perfection.+

This volume is a continuation of the SVEEP Plan for 2018  and includes new initiatives taken up in 2019 and preparation for  Lok Sabha Elections 2019.

All aspects of SVEEP activities have been covered in the SVEEP plan document and any suggestion, and feedback which may improve the rollout if the plan are welcome.