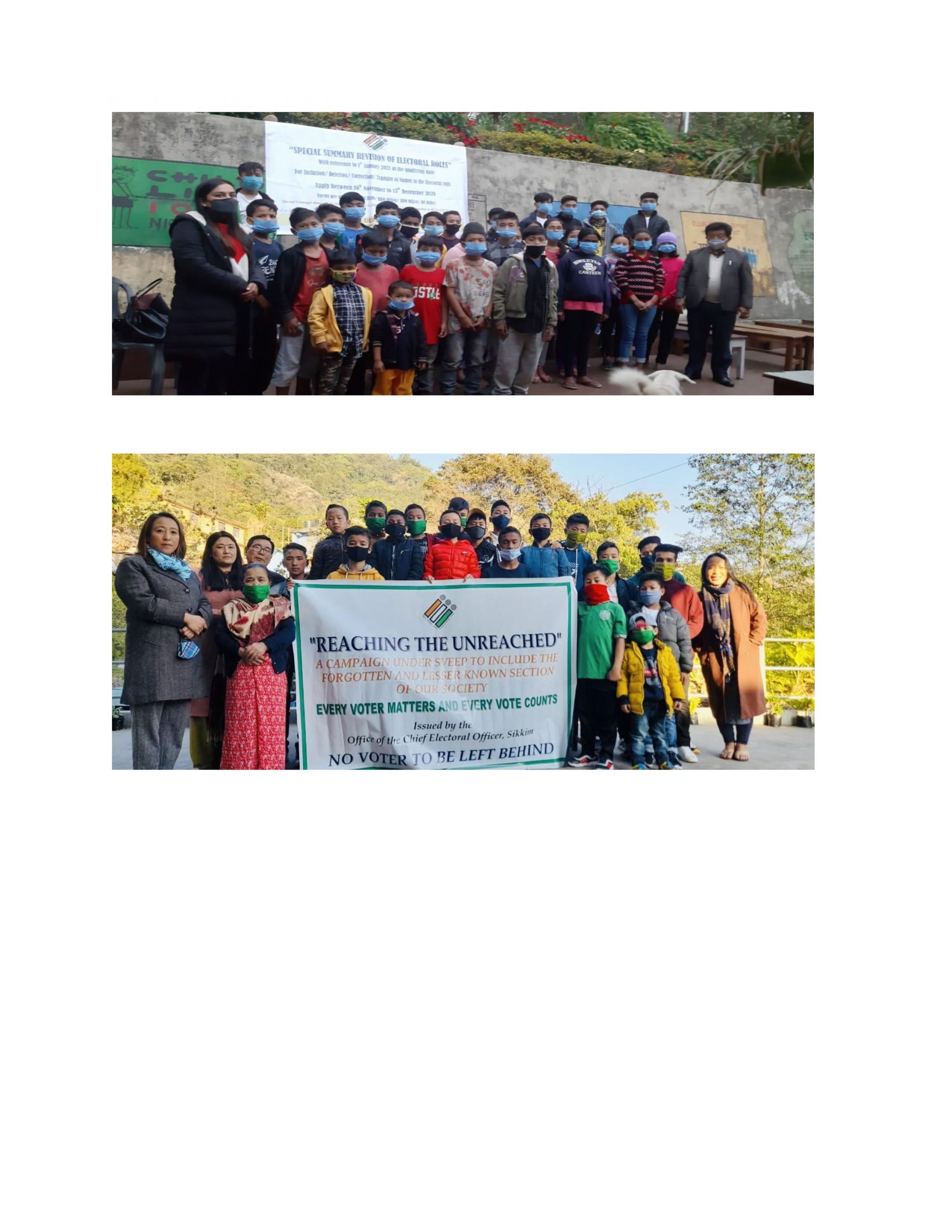 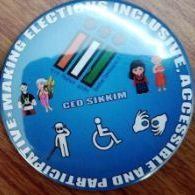 We as a democracy elect our leaders as per our choices. And that’s one of the most vital privileges we have got. Voting is one of the basic rights accorded to every person after the attainment of 18 years of age. But this right is not exercised by many people the reason being either lack of interest in the political activities or not being sensitized towards the Electoral Process. And to spread awareness against such practices, we have the National Voter’s Day.

Hence, “NO VOTER TO BE LEFT BEHIND’  has been the motto of the ECI since the inception of National Voters Day. Taking a leaf from their motto, the office of the chief Electoral officer, Sikkim initiated the “Reaching the Unreached” Campaign, wherein the Department  and the District Election Offices sensitized  Child care Institutions, Old age Homes, Sikkim Spastic Society and Detoxification centres in and around Sikkim about the Electoral  process.

Often times, in our race for development, we tend to ignore some pockets of society which may not fit in any developmental index. Thus we decided to penetrate some of these ignored pockets and sensitize the last voter in child care institutions and old age homes all over the State. The staff of these institutes were also sensitized.

In order to further  the initiative of the ECI on  “Accessible Elections”, we went to the Spastic Society of Sikkim and sensitized the staff about involving the children in the electoral process. Under the “Reaching the Unreached” Campaign, the O/o the CEo has written to all the disability homes and centers in the State for nominating a Nodal officer who would be responsible for getting the new PwD Voters enrolled on time.